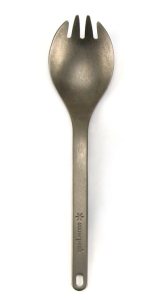 Back in December we saw two community splits, one in the Docker community and one in the Node.js community. It’s time to look back at both those splits.

Docker 1.5 just landed with IPV6 support, read only containers, a stats API and CLI commands for streaming results and the ability to specify what Dockerfile to use when building. Good updates.

Now, the other bits – There’s also an “Open Image Spec” which isn’t so much a spec as a formal declaration of whats currently implemented. Thats a documentation +1 but open it isn’t . It seems to be a response to Rocket, which is a specification by design. It’s a start but there’s still the question of how transparent and inclusive the development of that spec will be.

The openness question is, I guess, supposed to be addressed by the announcement of a new organisational structure for developing Docker, which is a good thing if it comes together and works, but Docker is still Docker’s ball.

But, as Bradley Kuhn points out this isn’t really a foundation as an charity that works for the public good; in the US that’s a 501(c)(3). The Linux Foundation and the proposed Node.js Foundation are not that kind of foundation – they are trade associations run for benefit of their members, 501(c)(6) organisations. That means you don’t “magically get a neutral home and open governance”.

We don’t have enough information to see how the new organisation will be run but the announcement is just an announcement and the details may contain more than trace amounts of devil. For the Node.js community, this is just a milestone in a long road and a parallel road marked io.js is running alongside it for now.

It’s been hard to get the BeagleBone Black(BBB); limited production capabilities have fought with some big adoption stories. If you are unfamiliar with the BBB, its a small board computer in the same size factor as the Raspberry Pi, but with eMMC storage, micro-SD slot and lots of I/O pins – what it lacks in media player cores, it makes up for in clock speed.
Thats “hard to get” nature is about to change though according to a blog post. Production is being ramped up at CircuitCo where they are also upping the storage from 2GB to 4GB which will give more breathing space to the new Debian distribution being shipped on the eMMC of BeagleBones, replacing the previous default Angstrom Linux. The upgraded boards will be referred to as Rev C BBBs. The price will likely be going up to cover the extra memory and production ramp-up but with a back-orders for 150,000 units, CircuitCo are going to be busy.

There’s also a new logo program for the BeagleBone line with Farnell/Element14 being the exclusive licensee. They don’t need to work out how to make BBBs though, for the last year their subsidiary Embest has been selling their own version but only in China. The logo program means they’ll be able to sell globally and it should see even more BeagleBone Blacks out there.

You’ll have most likely seen the announcement of Raspberry Pi’s SO-DIMM sized module which incorporates the Pi’s SoC with 4GB of eMMC storage on a stick for popping into custom designed boards to provide compute power. That eMMC storage is more than just standing in for an SD card; its fast and having used devices with eMMC storage its a great upgrade.

Right now, the Foundation is pushing this as a way to bring the Pi ecosystem to the world of embedded devices. But are they missing a trick? Alongside the Compute Module is a Generic I/O board(pdf) which brings out most of the pins in a more accessible fashion. That means you can plug in HDMI, USB, two camera ports and two display connectors – not on the I/O board is the Ethernet port, implemented on the Pi as a USB device, and SD card slot.

It got me wondering though… what about a Pi Board for the module which made up for that gap, maybe even put WiFi on board. Packaged right, the Compute Module could be used with it to give an upgradable “Pi Pro”. But would you want a Pi Pro? What more would it need to make it distinctly better from the Pi.

Over in China, there’s companies who’ve already decided what they want in their own improved “Pi” – take the Banana Pi with a dual core AllWinner A20 CPU, gigabit Ethernet, SATA interface, IR reciever, three programmable buttons on board and all in a package the same size and layout of the Pi, including having the IO pins in the same location. Sounds super, all it lacks is one killer feature – anywhere to buy it from.

At the opening of the conference day at Cassandra Summit Europe 2013, Johnathan Ellis, Datastax CTO, made a point of positioning Apache Cassandra as an enterprise scalable database and one that scales in a linear fashion to massive scales. Datastax is the leading developer of, and commercial vendor of Apache Cassandra in the form of DataStax enterprise.

MongoDB was very much in the company’s sights as it showed benchmarks with Cassandra running 20 times faster than MongoDB – the reason was simple though the dataset for the benchmark was bigger than the available memory on the nodes. While MongoDB performs well with the dataset in memory, Ellis says most customers want their hot-data in memory and their cold-data on disk and thats where Cassandra has the advantage with a balanced approach to memory and disk.

Away from the benchmarking, Ellis described this years focus for Cassandra as having been on was of use. That meant enhanced CQL, the Cassandra Query Language, a new CQL protocol for language drivers, more emphasis on features like tracing, lightweight transactions for the 1% of cases that need it and cursors to reduce query complexity.

Internal enhancements were equally important though. For example, 2.0 took back control of a lot of memory management in Cassandra, from the JVM and over to a more traditionally manually handled memory manager tuned for Cassandra’s needs. This has allowed lots of data structures to reside more efficiently in memory improving performance.

Next week will see the release of Cassandra 2.0.2 which will add what the DataStax people call “rapid read protection”. This means that when a query goes out to a cluster, rather than waiting until a node times out to return an error, the system will look for return times that are out of the ordinary (in the 99th percentile) and return an error on them early. This should make the ability to respond to nodes over-paused in GC or suffering some other performance hit.

Ellis also talked about Cassandra 2.1 which is pencilled in for January 2014. This will see nesting and collection indexing added to the database. The filtering inside the Cassandra software should also be improved with a new combination of pessimistic allocation and smarter estimates of required space using HyperLogLog to work out what data overlaps between sets. Ellis described his slides in this though as “hand wavy” as there was no code written yet and asked “Don’t send me hate mail…” if it didn’t make 2.1.

DataStax’s own certified DataStax Enterprise is set to move to a Cassandra 2.0 base by the end of the year.